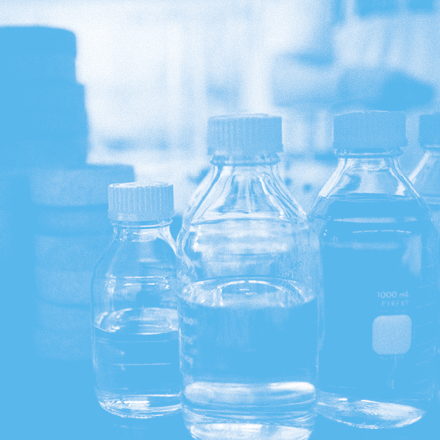 Discovery and Development of Inhibitors of Virally Encoded RNA Polymerases

The goal of this project is to identify competitive, alternative substrate inhibitors of virally encoded RNA dependent RNA polymerases (RdRps) with broad-spectrum antiviral activity against RNA viruses from multiple taxonomic families, including Paramyxoviridae, Bunyaviridae, Flaviviradae, Togaviridae, and Coronaviridae. The RdRps are functionally and structurally conserved among RNA viruses and consequently are good targets for generating broadly active therapeutic agents.

In order to act as competitive alternative substrate inhibitors of the RdRps, the ribonucleoside analogs must be anabolized in three distinct steps to the corresponding 5’-triphosphate by host kinases. Often, host cell kinases do not recognize the analogs as substrates and this conversion is blocked. The result is that the compounds are not active. A unique attribute of this project is that an in vitro kinase screen will be incorporated into the discovery paradigm. If there is an anabolic block that limits antiviral activity (which almost uniformly occurs at  the first or second phosphate addition), the analog will be conjugated to a prodrug (as determined necessary in the kinase screen). The prodrug facilitates the uptake and distribution to the anatomical site of action via endogenous lipid uptake pathways.